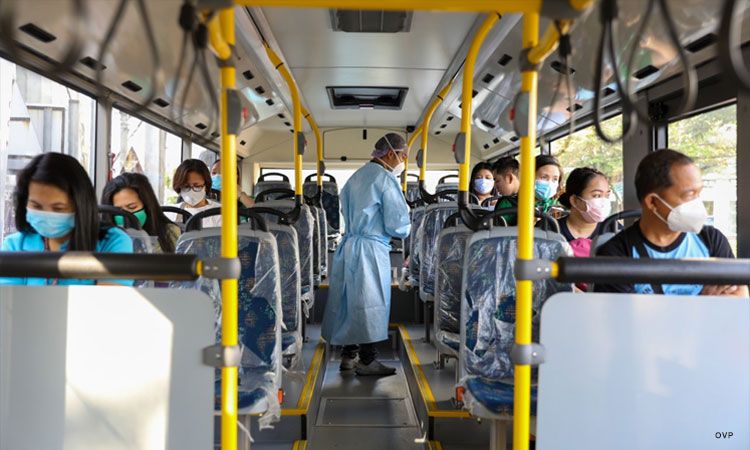 Metro Manila (CNN Philippines, March 18) — Manila Mayor Francisco “Isko Moreno” Domagoso has ordered hotels and motels in the city to aid health workers amid the government’s strict quarantine measures to contain the coronavirus disease. Moreno announced Wednesday that he signed an executive order requiring these establishments to allow health workers in city and national government hospitals to use their facilities as a staging area. “Ito po ay gagamitin ng ating mga frontliners sa health sector -- mga pasilidad pangkalusugan na pag-aari ng lokal at pasilidad pangkalusugan pag-aari ng nasyonal,” said Moreno in a video posted on Facebook. [Translation: These will be used by our frontliners from the health sector - those from local and national health facilities.] This is to accommodate in particular those who live outside Manila as the entire Luzon remains under “enhanced community quarantine” — travel to and from the island is restricted and mass transportation is suspended. The order means that workers can book themselves into hotels for free, Manila Public Information Office chief Julius Leonen clarified. Moreno said he had already spoken to three hotel companies - SOGO, Eurotel and Town and Country - who agreed to provide accommodations to the city’s frontliners who are living outside of the city. There are 421 rooms available from SOGO, 50 rooms from Eurotel and 60 rooms from Town and Country, he said. The mayor added that he also instructed the city’s health department to coordinate with the establishments to determine who can avail of the free rooms. The Quezon City government also made a similar arrangement with a partner hotel. Mayor Joy Belmonte announced in a press conference that 100 rooms were made available to the city’s health workers while separate rooms will be used for persons under monitoring for possible infection. In Albay, the Mayon Skyline Hotel, located about four kilometers away from the Mayon Volcano, will be a quarantine facility for persons confirmed with the disease that has already infected over 200 people in the country and killed 17 others. On Tuesday, Cabinet Secretary Karlo Nograles announced that hotels in Luzon are no longer allowed to operate during the quarantine period, except those with existing bookings from foreigners and those with long-term leases. They can also no longer accept new bookings.