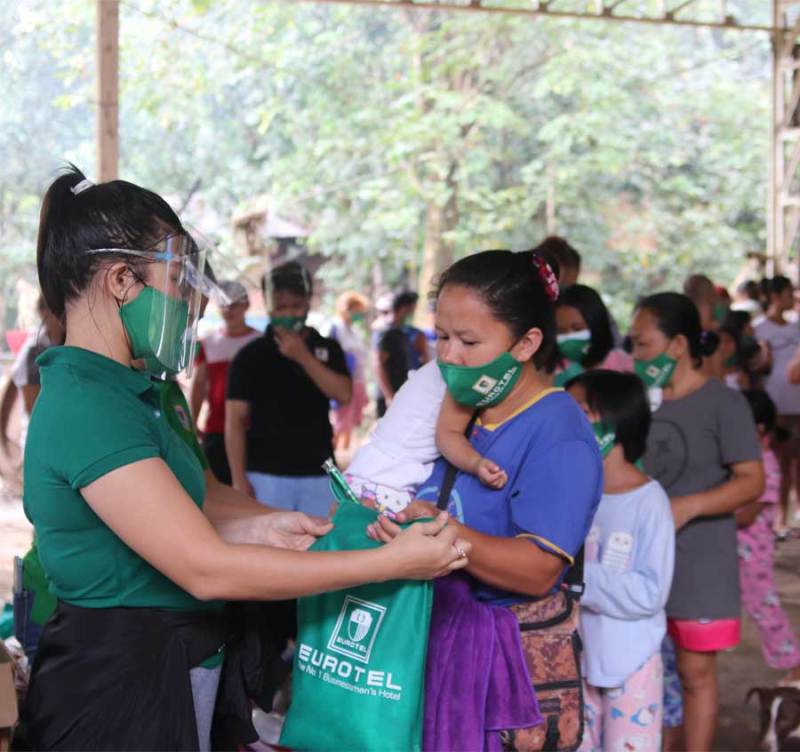 The year 2020 has been tough for Filipinos as countless calamities ravaged our communities and a current pandemic that has been affecting our way of life. Just last November, two devastating back-to-back Typhoons hit the country which affected hundreds of thousands of our kababayans in Luzon. On November 1, Super Typhoon Rolly, considered the strongest typhoon ever recorded in recent history struck the southern region of the Philippines, and an estimated two million Filipinos have been affected, many of whom lost their homes and livelihood. Less than two weeks after, Typhoon Ulysses resulted in extreme flooding in provinces, including Metro Manila and some parts of Central and Nothern Luzon, that previously devastated by Typhoon Rolly. Eurotel Hotel on helping affected Filipino families In the past months, we have witnessed how Filipinos worked together to provide support and aid to affected communities and families. One of the companies that have been constantly extending emergency relief efforts is Eurotel Hotel. ONE COMMUNITY AT A TIME. Eurotel Hotel volunteers reached forward to the typhoon-stricken community of Sitio Kayrupa, Barangay San Rafael, Rizal last November 29, 2020. A total of 300 relief goods such as clothing, food packs, toys, and vitamins were given to the affected residents.